PARIS – France paid tribute to schoolteacher Samuel Paty today, one year after he was beheaded by an extremist after showing his class cartoons of Prophet Muhammad.

Paty, 47, was stabbed and then decapitated after leaving the middle school where he taught history and geography in the tranquil Paris suburb of Conflans-Sainte-Honorine on the evening of October 16 last year.

Paty’s violent death stunned France’s educators, who saw it as an attack on the core values teachers have taught generations of schoolchildren, including the separation of church and state and the right to blaspheme. 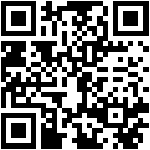