As war threat looms over the Taiwan strait, Russian President Vladimir Putin has said that China "does not need to use force" to take over Taiwan.

Putin's comments come even as China ramps up a display of power over Taiwan by sending warplanes into the latter's buffer zone.

The Russian President, who reportedly has a strong relationship with China, said: "I think China does not need to use force. China is a huge powerful economy, and in terms of purchasing parity, China is the economy number one in the world ahead of the United States now."

"By increasing this economic potential, China is capable of implementing it 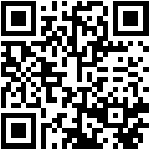