Tam Tak-chi speaks at a rally in Wan Chai in July 2018. Photo: Edmond So

Chanting certain words of support for Hong Kong residents or calling the government "tyrannical" could be seditious, a pro-government historian has argued in the first trial under the city's colonial-era sedition law since 1997.

Lingnan University Professor Lau Chi-pang on Monday told the District Court that "Liberate Hong Kong; revolution of our times" or "Hongkongers, add oil" were capable of inciting others to break the law depending on the circumstances of their use. The latter phrase is a Cantonese expression of encourage 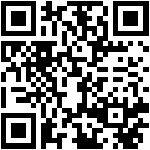