Books on long taboo subjects like intimacy, secularism and magic were among those on display at the Riyadh book fair this month, as Saudi Arabia seeks to modernise its ultraconservative image.

But despite the exhibition of works long rejected as un-Islamic by Saudi authorities, some publishers said they continue to practise a form of self-censorship while the new boundaries remain unclear.

Since Mohammed bin Salman was appointed crown prince in 2017, the kingdom has undergone economic, religious and social reforms.

Changes have included allowing women to drive, the reopening of cinemas and mixed-gender music concerts.

An Arabic book titled "The Sociology of Homosexuality" (C) on display at the Riyadh International Book Fair, where works on long taboo subjects like intimacy, secularism and magic were among those on display Photo: AFP / Fayez Nureldine 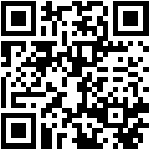