The 25-year-old rising star died in a single-vehicle accident when his vehicle hit a tree, police said.

"Sean's passing will be felt deeply by everyone involved in rugby, particularly his Bay of Plenty and Chiefs teammates, we share their sorrow and their shock," he said in a statement.

"Although I didn't play alongside him, I could always feel his mana (stature) coming up against him as his opposition," he tweeted.

Wainui represented the Māori All Blacks and began his Super Ru 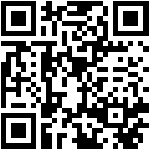