Manchester City manager Pep Guardiola says his Manchester City players have to "speak on the pitch" when asked about Raheem Sterling considering leaving the club.

Sterling admitted this week he would consider leaving Manchester City and moving abroad, saying: "If I want my happiness at a certain level I need to be playing football. I need to be scoring goals and enjoying myself."

The 26-year-old has struggled to hold down a regular place in Guardiola's side this calendar year, and has started just twice in this season's Premier League.

When asked for his view on Sterling's comments, Guardiola said: "I didn’t know [about] it, and I think the club didn’t either.

"Raheem is our player and hopefully will be an important player for us. He wants m 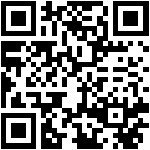