Menteri Besar Dato’ Seri Amirudin Shari said the state administration is adamant with the decision, despite the federal government’s wish to continue the construction via the northern alignment.

“We have officially discussed matters in a meeting with the Transport Ministry, and the Selangor government is insistent in choosing the southern alignment.

“The Federal government has yet to revert to us on the final routes,” he said when met during the community programme with Sungai Chinchin folks, here, yesterday. 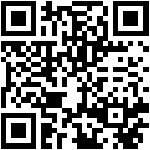