Campher blazes through Netherlands with four wickets in four balls

:Ireland seamer Curtis Campher accomplished the rare feat of taking four wickets in four consecutive deliveries against the Netherlands to set up an easy seven-wicket win for his side in their Twenty20 World Cup match in Abu Dhabi on Monday.

Campher took four wickets for 26 to run through the middle-order before Mark Adair picked up three wickets to mop up the tail to help Ireland bundle out Netherlands for 106 despite a valiant 51 from opener Max O'Dowd.

The target was not enough to test Ireland and they chased it down with almost five overs to spare, thanks to a stroke-filled 44 from Gareth Delany.

Sri Lanka, the 2014 champions, are also having to jostle with the game's minnows in the preliminary round and Dasun Shanaka's men also had a comfortable start with a seven-wicket win over Namibia in the day's second Group A outing. 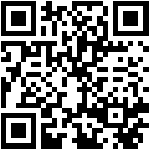