Marcus Rashford could make his first appearance of the season for Manchester United on Saturday at Leicester.

Rashford, who had surgery in August to repair his damaged shoulder, will be included in United's squad, boss Ole Gunnar Solskjaer has confirmed.

Solskjaer said: "He's in the squad, yes. If he's going to start or not, I can't tell you now because it wouldn't be right.

"But he's worked really hard throughout the whole lay-off and he's been bright this week.

"He had a 60-minute involvement behind closed doors last week, so he's fit and raring to go." 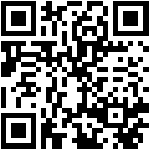