The 28-year-old, who scored nine goals in 16 appearances for West Ham while on loan during the second half of last season, is out of contract at the end of the campaign.

With forwards Cristiano Ronaldo and Jadon Sancho having arrived at Old Trafford during the summer transfer window, Lingard was linked with a permanent move to the London Stadium amid concerns the England international may have seen his playing time restricted this season.

But Lingard has impressed back at United. Last month, he scored the winner in a 2-1 triumph against the Hammers and also found the net in the 4-1 home victory over Newcastle.

Image: Lingard played 74 minutes of England's 5-0 win away at Andorra during the October international break 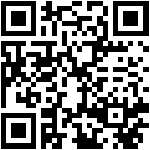