A woman in India threatened health officials with a huge snake to avoid taking a COVID-19 vaccine, a video that went viral over the weekend showed.

The incident took place in Ajmer, a city in the northern state of Rajasthan. A medical team had arrived at the Nagelav village to carry out a door-to-door COVID-19 vaccination drive. However, the staff was horrified when a woman walked out of her house and threatened them with a snake. The woman has been identified as Kamla Devi, according to Times Now.

The video was circulated on social media on Friday; however, it remains unclear when the footage was recorded.

When the staff was at Devi's doorstep to inoculate her, she firmly said she was not interested in taking the vaccine. The woman, who is said to be a snake charmer, also threatened to use the reptile as a weapon against the health workers. 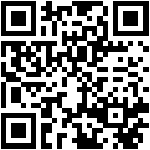