Stan Kroenke, who owns the club through his Kroenke Sports and Entertainment business, rejected the offer but Henry said last month that Ek remains fully committed to buying Arsenal and "we and he is here to stay".

Former Arsenal captain Vieira was subsequently appointed Crystal Palace manager in July and is set to make an emotional return to north London on Monday night, live on Sky Sports.

Arsenal vs Crystal Palace on MNF: Vieira to haunt Gunners?Guehi on his south London 'homecoming' & learning from Vieira 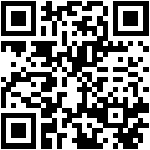