Sparta Prague will not be subject to UEFA sanctions after a probe into allegations of racism towards Rangers midfielder Glen Kamara found "insufficient evidence".

Midfielder Glen Kamara, who was racially abused by Slavia Prague defender Ondrej Kudela in March, was sent off during the 1-0 loss and appeared to receive more vehement boos than other members of Steven Gerrard's team.

Sparta supporters were prohibited from entering the stadium following racism directed at Monaco's Aurelius Tchouameni in August, but around 10,000 schoolchildren and accompanying adults were allowed to attend the game.

The Czech club denied the allegations at the time, claiming it 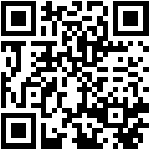