A 66-year-old man has pleaded guilty to a charge in relation to the death of Argentine footballer Emiliano Sala in a light-aircraft crash in 2019, a British court heard on Monday.

David Henderson admitted one count of attempting to discharge a passenger without valid permission or authorisation, before a trial in Cardiff.

That charge typically concerns a business operator failing to acquire the appropriate licences to hire a plane commercially.

He will be tried on a separate charge of endangering the safety of an aircraft, which he denies. After jury selection, the case was adjourned until Tuesday afternoon.

A portrait of Emiliano Sala displayed in front of the entrance of the FC Nantes football club training centre in 2019 after he died in a plane crash Photo: AFP / LOIC VENANCE

Henderson, who was charged with both offences last year, is alleged to 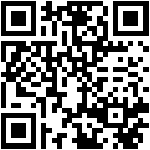