Activists grabbed the spotlight at the flame-lighting ceremony for the 2022 Beijing Winter Olympics in Greece on Monday by unfurling a Tibetan flag and a banner that said "no genocide" at the Games.

The demonstrators pulled out the flag and banner during the ceremony in Olympia attended by International Olympic Committee (IOC) president Thomas Bach and several dozen dignitaries including Chinese officials.

Greek police forced the demonstrators, who had appeared in the ruins of the site of the Ancient Olympics, to take down the flag and the banner before detaining them.

The incident, which came a day after three Tibet activists staged a demonstration at the Acropolis in Athens calling for a boycott of next year's Games, illustrates the challenges faced by the first Olympics to be held in China since the 2008 Beijing Summer Games.

Tibet has alternated over the ce 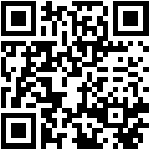