A former district councillor with Hong Kong's biggest pro-establishment party has been appointed to a high-ranking post overseeing the city's constitutional affairs, eight months after it was vacated.

Clement Woo Kin-man, an auxiliary police officer who sat on the Tai Po District Council from 2016 to 2019, is set to take up his duties as undersecretary for constitutional and mainland affairs on Thursday, succeeding Andy Chan Shui-fu, who resigned in February for health reasons.

Woo will be the seventh polit 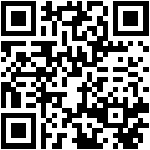