Tottenham's plans for Sunday's Premier League trip to Newcastle have been plunged into chaos after two players tested positive for coronavirus.

Both men, who trained with the group on Thursday, were shown to have contracted Covid-19 after tests in the last 24 hours.

The two unnamed players must now isolate for 10 days as per Government rules, keeping them out of the game at St James' Park, a Europa Conference League match against Vitesse Arnhem and the London derby at West Ham next weekend.

Image: Spurs will be without the two first-team players for Sunday's trip to Newcastle

Both players are due to be retested on Saturday, as per standard procedure.

The club are understood to be confident that no other players will have to isolate having come into close contact. 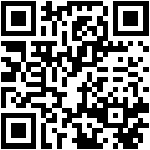