As promised, Microsoft will start shipping its Xbox Series X Mini Fridge in time for the holidays. The company said the fridge costs $100 and pre-orders start on October 19th. It will ship in December.

The mini fridge has its roots in an image Xbox tweeted to show the scale of the Xbox Series X versus a full-sized fridge. Microsoft actually made a six-foot fridge last year to promote the launch of the console. Now, after a Twitter battle of the brands victory, a mini version of the fridge is something you’ll actually be able to buy.

The moment you’ve all been w 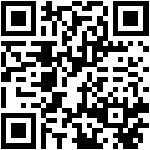