The National School Boards Association (NSBA) has said that the actions of a father who confronted members at a Loudoun County School Board meeting in June were considered "domestic terrorism." The man in question attended the meeting to demand school officials to take responsibility for his daughter's alleged rape by a skirt-wearing boy.

In a letter addressed to President Joe Biden, the NSBA said America's "public schools and its education leaders are under an imme 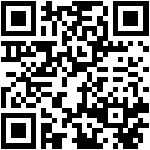