Sadio Mane entered the elite '100 Club' after reaching a century of Premier League goals with the opener at Watford on Saturday - but how did he score them all?

Watch free match highlights from Watford vs Liverpool from 5.15pm on Saturday on the Sky Sports website and app.

100 - Sadio Mané has now scored 100 goals in the Premier League, and in the meantime become only the third player to reach 100+ Premier League goals without any of them being penalties, after Les Ferdinand (149) and Emile Heskey (110). Earned. pic.twitter.com/NDtbqStQdZ

The 29-year-old had already reached a century of goa 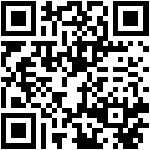