Theme park to raise cost of annual passes by as much as 12 per cent, with day tickets also going up Lawmaker Yiu Si-wing says he thinks price rises are justified and Hongkongers will be happy to pay more

Hong Kong Disneyland has raised its annual pass prices by up to 12 per cent, counting on local families to pay more as it struggles with six years of consecutive losses compounded by the coronavirus pandemic.

This was the sixth price increase since the theme park opened in the city in 2005. It last raised ticket prices in April 2019, charging an extra 3 per cent.

Tourism lawmaker Yiu Si-wing said he believed the resort's diehard customers would not be deterred by more expensive admissions, and were likely to rush to renew or even upgrade their 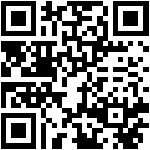