What will US-Canada warships transit slammed by China mean for peace in the Taiwan Strait?

The US Navy’s Arleigh Burke-class guided-missile destroyer USS Dewey sailed through the Taiwan Strait along with a Canadian frigate. Photo: Handout via Reuters

First ever joint transit by US and Canadian navies seen as a 'breakthrough' in Biden administration's strategy for a united front against Beijing Move comes amid intensifying PLA sorties into Taiwan's air defence zone, sparking worries about both regional stability and Canada's ties with China

US President Joe Biden's coordinated approach with allies to counter China has seen America and Canada send warships through the Taiwan Strait for the first time, in a joint mission described by an analyst as a "breakthrough" for Washington.

The move by the US and Canadian navies has prompted concerns about a possible clash in the geopolitically sensitive waterway, with the Chinese military condemning the transit 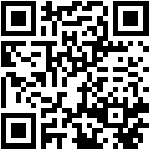