KUALA LUMPUR – Should the death penalty be abolished? This question is on the minds of many Malaysians of late, especially after the country won one of 18 seats on the United Nations Human Rights Council for the 2022-24 term.

The election to the council was followed by calls for the death penalty to be abolished, with those opposed to capital punishment saying it is an infringement of fundamental rights.

Tweets by Muar MP Syed Saddiq Syed Abdul Rahman expressing his hope for the death penalty to be scrapped have sparked a frenzy online, after a recent court decision to send a 55-year-old single mother of nine to the gallows for drug possession and distribution.

A video of her harrowing cries after hearing the judgment went viral yesterday.

jeff Ng
•
1 month ago
Yes and no. But have to be carefully thought out and seriously debated but must definitely exclude religious and ethnic reasons.
Timothy Cheng
•
1 month ago
Think of all the lives and families the old woman destroyed by selling the drugs. Did she ever stop to consider that?
nazareth thamoderam
•
1 month ago
The Ministers, Corrupted Government’s should be Sentenced to Death like in China !!!! Don’t worry No Corrupted Innocent Ministers will be wrongly sentenced to Death!!!!!
1
Jerin Chu
•
1 month ago
M all for capital punishment and death penalty especially drug traffickers. Imagine those drugs freely making their way onto our streets... So many families will be ruined!!!
1
How to Install Newswav
1. Scan the QR code below
1. Tap this button 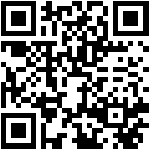