One-third of the 2021 NFL season is complete and a handful of teams already appear well on their way to the playoffs. The Dallas Cowboys and Green Bay Packers are firmly in that group after Week 6, owning the largest division leads in the NFC.

Both Dallas and Green Bay extended their winning streaks to five games Sunday with impressive road victories. The Cowboys won the week's most exciting game, defeating the New England Patriots 35-29 in overtime. The Packers took care of business at Soldier Field with a 24-14 win over the Chicago Bears, extending their lead in the NFC North.

With the Philadelphia Eagles, Washington Football Team and New York Giants all losing in Week 6, Dallas has a three-game edge atop the NFC East. Green Bay is two games ahead of both the Bears and Minnesota Vikings in the division race.

Sharing a 5-1 record with Dallas and Green Bay, the Tampa 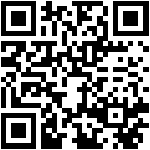