The five members write that they "strongly encourage you [CEO Andy Jassy] to make use of this opportunity to correct the record and provide the Committee with sworn, truthful, and accurate responses to this request as we consider whether a referral of this matter to the Department of Justice for criminal investigation is appropriate."

After the most recent investigation by Reuters about Amazon's unscrupulous business practices in India, calls for the breakup of Amazon and other large tech companies have been renewed. In India, Reuters reports that groups repre 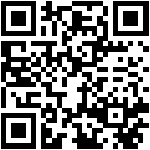