A man walks past an Alibaba sign outside the company's office in Beijing on April 13, 2021. Photo: AFP

The e-commerce giant, which runs its own semiconductor design unit called PingTouGe, is reportedly unveiling a new chip soon Chinese companies have been rushing into chip design, which requires less investment than chip manufacturing

The design process for Alibaba's central processing unit (CPU), which has been under development since 2019, concluded in the middle of this year. It will be minted using the 5-nanometre process, Caixin said, citing anonymous sources.

Alibaba, owner of the 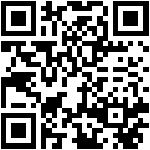