The all-electric Porsche Taycan outsold the German automaker’s iconic internal combustion-powered 911 sports car in the first nine months of the year, a milestone for the EV that was introduced in late 2019.

The sales figures released Friday show that Porsche delivered 217,198 vehicles worldwide in the first three quarters, a 13% increase year over year. The results were driven by a nearly threefold increase in Taycan deliveries as well as growth by its popular gas-powered Macan vehicle. Those figures show Porsche recovered from the 5% dip in sales it experienced in the nine-month period between 2019 and 2020.

While the gas-powered Porsche Cayenne led the portfolio with 62,451 vehicles delivered in the first nine months of the year, it actually represents a 2.8% decline from the same time period in 2020. Strong dema 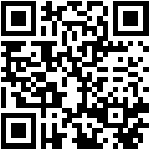