The USS Connecticut incident is the latest in a number of accidents involving nuclear-powered subs An incident that releases radiation could destroy fisheries which provide essential food stocks, something Asean and other regional states should consider

"US demands details of Chinese nuclear sub accident off California" screamed the headline. No, that has not happened - not yet. But just imagine the US reaction if it did.

The public would immediately want to know if there was any radiation leakage from the reactor or its nuclear weapons, if it was carrying them. What caused the accident? Where did it happen? What was it doing there in the first place?

On October 7, the US Navy announced that its fast attack nuclear submarine USS Connecticut had hit an unidentified object in the South China Sea five days earlier. According to t

Mohd Sani Abdullah
•
3 days ago
Bloody u.s submarine.
•
4 days ago
China propaganda. The AUKUS will be the only one whom can stop China's intrusion
Mike L
•
4 days ago
In all probability, China may have knowledge of this "accident" but chose to remain silent and wait and see what excuse the US may come up with!
2
1511 GodGoldGlory
•
4 days ago
Shoot down the communist fighter planes if they enter Taiwan airspace.
1
黄Ghee Hin
•
4 days ago
Who dare to question the US?
1
How to Install Newswav
1. Scan the QR code below
1. Tap this button 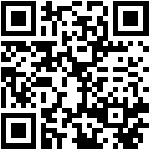