The recurrent fights over America's debt ceiling - which determines the US government's ability to honour its debt, raise money and pay its bills - is about the most decadent sign of political decay and decline there is. Effectively, the US is threatening to financially sanction itself

In Game of Thrones, HBO's smash hit series spanning almost the past decade, there was a common saying: "A Lannister always pays his debts." The line was so important and epitomised House Lannister that it even warranted its own sombre musical theme in the series.

Since this dominant house was famous or infamous for its cunning and ruthlessness, the Lannisters did not honour their debts out of honesty and goodness. They understood that their reputation - what we might call creditworthiness - was the foundation of their power and dominance: they could borrow cheaply, whenever and as much as t 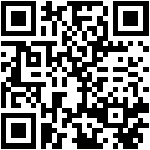