A UK study analyzed participants who received a combination of vaccines and concluded that two had the highest negative effects. Fever was the most often reported adverse reaction to these combo vaccinations. The findings showed that mixing Pfizer and Astrazeneca Covid jabs resulted with more frequent side effects. In comparison to the typical two doses of […]

The post Cocktail of Pfizer and AstraZeneca vaccine triggers the most side effects – says study appeared first on Revyuh. 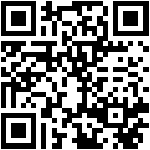