Pep Guardiola has his wish after the EFL confirmed five substitutions will be allowed for the remaining Carabao Cup games this season.

The Manchester City boss, who has been calling for five subs rule for several years, said it was "ridiculous" England is the only country that is still limited to three after his side thrashed Wycombe in one of the earlier rounds.

Fourteen of the 16 remaining clubs in the competition recently launched the proposal for the Carabao Cup, highlighting their concerns of the demanding fixture schedule to come over the coming months. 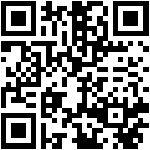