Tom Wong, 20, was caught carrying a stick and protective gear when police chased protesters who trashed traffic lights in Sha Tin on November 11, 2019 Wong's defence lawyers pleaded for leniency, saying he had learned his lesson after committing offence on impulse

An apprentice electrician has been jailed for four months for taking part in an unlawful assembly during a citywide strike amid the 2019 Hong Kong protests.

Tom Wong Ho-man, 20, was caught carrying a stick and protective gear, such as gloves and knee caps, when police chased protesters who trashed traffic lights at the junction of Lion Rock Tunnel Road and Che Kung Miu Road in Sha Tin on November 11.

The incident fell on one of the most eventful days of the social unrest, when protesters organised a cit 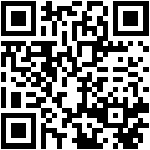