Ethiopian forces hit the northern city of Mekele with air strikes on Monday, humanitarian officials and diplomats told AFP, the first reported bombing raids over the Tigrayan capital since the early stages of the year-long war.

Air raids were reported inside and outside Mekele, the regional capital held by the Tigray People's Liberation Front since it was recaptured from government forces in June.

"Air strike now in Mekele," one humanitarian official in the city said via SMS to AFP on condition of anonymity, describing attacks also confirmed by a second humanitarian source, two diplomats and a rebel spokesman.

Conflict has been raging in northern Ethiopia since November 2020 Photo: AFP / EDUARDO SOTERAS

The first raid occurred in the morning on the outskirts of Mekele near a cement factory, the sources said.

The second took place around midday in the 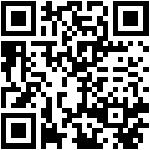