China’s path to common prosperity will be a road littered with bitter complaints, fierce disputes

Notion of common prosperity dates back to the 1950s and Mao Zedong, before fellow former leader Deng Xiaoping repeatedly mentioned the idea in the 1980s, but Xi Jinping’s rhetoric has surged this year. Photo: Xinhua

An article published at the weekend was an excerpt of a speech Xi Jinping made in August at a meeting of the Central Committee for Financial and Economic Affairs President Xi's rhetoric on common prosperity, which calls for the people to share in the opportunity to be wealthy, has surged this year

President Xi Jinping has shed light on his plan to make everyone in China well-off. Last week, Xi showed how common prosperity is an integral part of his long-term vision and he has set two reasonable, and achievable goals, to match China's national rejuvenation road map. 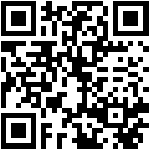