Dravid to be next India cricket coach?

Dravid to be next India cricket coach?

The Times of India newspaper quoted an anonymous official at the Board of Control for Cricket in India (BCCI) as saying that the 48-year-old former batting stalwart would be given a two-year contract.

According to the report, Dravid's former teammate Paras Mhambrey will join as the team's bowling coach.

Former England captain Michael Vaughan tweeted today that "the rest of the world better beware" if reports of Dravid's appointment were true.

Currently director of the National Cricket Academy in the southern 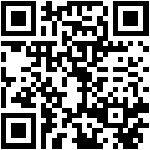