NIAMEY - From the ringside, Niger's ex-heavyweight boxing champion Abdoul Aziz Ousseini, aka "Aziz", gives guidance to his young trainees at the boxing club in the capital Niamey.

Some 10 youths drawn from the city streets pull on their gloves and warm up. Close by, other amateur pugilists hammer a huge tyre suspended with rope.

Almost 50 years old and impressively weighing in at more than 100 kilos (220 pounds), the ten times heavyweight champion of Niger has turned to coaching future talent and giving purpose to disadvantaged youngsters.

The man who "discovered" boxing in 1998, when it was embryonic in the poor Sahel country, took US superstar Mike Tyson for his role model and today coaches’ youngsters on a voluntary basis. 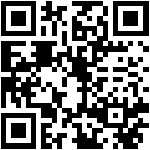