Police in Italy used water cannon and tear gas against protesters at the northeastern port of Trieste on Monday following a three-day demonstration against a new mandatory workplace Covid pass.

Dozens of police in riot gear faced off against hundreds of remaining demonstrators and port workers who began blocking one of the port entrances Friday to protest the introduction of the "Green Pass".

"Liberty, liberty!" shouted protesters, as others yelled "We're not violent, put down your shields".

Police managed to clear the entrance after a few hours of standoff, pushing demonstrators to a nearby parking lot from which they then marched towards the city centre.

Italian news agency AGI reported that by Friday afternoon, more than a thousand protesters were participating in a sit-in at Trieste's main plaza.

More than 6,500 people protested at the Trieste port 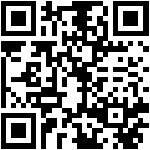