HONG KONG – A top global law firm will no longer represent the University of Hong Kong (HKU) in seeking the removal of a Tiananmen memorial from its campus after it came under heavy criticism in the United States for helping China purge dissent, reported The Washington Post.

Mayer Brown is the latest international company to face pressure over how its actions in China contradict its more progressive statements in the West.

The 8m-high Pillar of Shame sculpture by Danish artist Jens Galschiot has sat on HKU’s campus since 1997, the year the city was handed back to China.

It features 50 anguished faces and tortured bodies piled on one another, and commemorates democracy protesters killed by Chinese troops around Beijing’s Tiananmen Square in 1989. 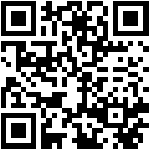