METMalaysia: More Heavy Rain And Floods Coming Our Way From November Until January

WORLD OF BUZZ
WORLD OF BUZZ is the #1 social news site in Malaysia that delivers you the best in latest and trending news from politics, entertainment, life, and more.

Back in August, we were treated with cool weather in the capital with temperatures lowering to a reported 23 degrees Celsius! This was due to the Southwest Monsoon season which brought about a stark difference in comparison to the usual hot and humid weather we often get.

Now, according to BERNAMA, heavy rain and floods are coming our way starting from next month (November). This was announced by The Malaysian Meteorological Department (METMalaysia) who stated that four to six episodes of heavy rain will take place during the Northeast Monsoon period which lasts from early November until March next year.

METMalaysia director-general Muhammad Helmi Abdullah said, “There will be episodes of heavy rainfall in Kelantan, Terengganu, and Pahang from November till December.”

“Meanwhile, from December until January next year, heavy rain i

Danny Teoh
•
4 days ago
Yes, Malaysia weather forecast is always the opposite..
2
Paul Lam
•
4 days ago
Rain rain but sun sun 35°C blazing hot..... please la....???
2
•
4 days ago
Less deforestation and better drainage system isn’t impossible since we are into 20 years of the 21st century right?
4
Arvindder Rajasingam
•
4 days ago
Easy. just terbalik the prediction and you will get actual result. This weather news always inaccurate one.
5
Mohd Sani Abdullah
•
4 days ago
National weather broadcasters never fail to give unaccurate info. It was broadcasted that mid of sept.will be monsoon n a expected heavy rain. But, instead of heavy rain we got 34 degree cel.weather. N now they say november will be expecting heavy rain. Once, cry wolf is enough. Don't expect anyone to believe anymore. Get your gaji buta n stay safe at home.
10
How to Install Newswav
1. Scan the QR code below
1. Tap this button 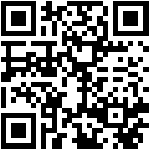