KUCHING, Oct 18 -- The Fire and Rescue Department (JBPM) has identified six states to be given special attention in the Northeast Monsoon or flood disasters which are expected to start this month until March 2022.

“Not to deny other states, we (JBPM) are also making preparations for disasters, only in terms of logistics, to be placed in forward bases (zones that have been identified) like in Sarawak, we have set three zones namely Kuching, Sibu and Miri.

"Our forward base (JBPM) will provide logistical equipment for the marines such as transportation to handle flood victims and also to carry out search and rescue tasks," he told reporters after a working visit on flood disaster preparedness at the Fire and Rescue Station, h

5
How to Install Newswav
1. Scan the QR code below
1. Tap this button 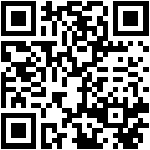