Two US senators have proposed a law aiming to end China's alleged "chokehold" on rare-earth metal supplies, a statement by the lawmakers said Friday.

The law -- proposed by Democrat Mark Kelly and Republican Tom Cotton -- would aim to ensure the United States can guarantee its supplies of rare-earth minerals.

"The Chinese Communist Party has a chokehold on global rare-earth element supplies, which are used in everything from batteries to fighter jets," Cotton said in the statement.

"Ending America's dependence on the CCP for extraction and processing of these elements is critical to winning the strategic competition against China and protecting our national security," he said.

Eighty percent of the United States' rare-earth imports in 2019 were from China, acc 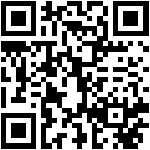