AT&T leads bidders in US$22.5 billion US spectrum auction

The auction generated proceeds of $22.5 billion in total, the FCC said. T-Mobile won $2.9 billion while Weminuche LLC won $7.3 billion, which some analysts and FCC documents suggest bid on behalf of Dish. Dish, which did not immediately comment Friday, confirmed in November it had filed to participate in the auction. 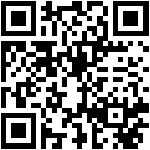