Kim Kardashian and Kanye West, who married in a lavish ceremony in Italy in May 2014, have been dogged for months by reports in the gossip press that their marriage was on the rocks

Kanye West threatened to "beat Pete Davidson's a--" in new song "My Life Was Never Eazy" with rapper The GameWest also referenced his nearly fatal car accident in 2002 in the trackThe Grammy winner was dating Julia Fox "to get under" Kim Kardashian's skin, a report claims

A clip of West's new song with rapper The Game, titled "My Life Was Never Eazy," was leaked via Twitter Friday.

"God saved me from the crash just so I can beat Pete Davidson's a--," the Grammy winner, 44, raps in the snippet, according to Page Six.

The lyric references how West - who now go 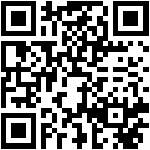