Perak assemblyman rubbishes online claim he denied arrest, or that he is quitting DAP

Perak DAP has asked Pasir Pedamar assemblyman Terence Naidu to submit a written report to the party after he was detained by the police at a pub in Bandar Perai Jaya in Penang last Thursday. ― Picture via Facebook

“Fake,” The Star reported the 54-year-old Perak state lawmaker saying today when contacted for comment about the purported denial and alleged resignation from DAP.

The Star did not disclose the name of the online news site.

However, it noted that the portal had quoted Terence as saying news of his arrest was po

+60 111*****92
•
5 days ago
Berani kerana benar, sudah kantoi so just accept the fact until proven otherwise! No need to brouhaha and make a scene and crowd gathering. Let the police investigate, that's what an educated and civilised society is all about - get it boy boy #kama!
1
harcharan 5702
•
5 days ago
Same darm shit excuse... someone mix my drink with some substance... remember thus excuse coming from an UMNO leader as well... bunch of rubbish politicians... Throw him in the jail... DAP or anyone..not to be excused...why ain't all the super excited DAP supporters comments not coming in...Treat all as equals.
1
Kama M Muhammad
•
5 days ago
When it comes to DAP, nobody blames Chinese, nobody blames their religion, nobody blames their culture. Where are the so called Rakyat? Where is Aliran? Where is Malaysiakini and Malaysia Gazette? Where are the Netizens? Krik krik krik.... Hypocrites.
3
ayu osman
•
5 days ago
DAP..huhu..
3
Buq Aziz
•
5 days ago
Dap's modus operandi. Kantoi then be victim.
3
How to Install Newswav
1. Scan the QR code below
1. Tap this button 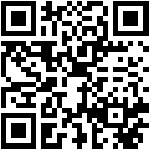